Some have hearts, some have polka dots.  Some stick straight up in the air, reaching for the sky.  Others are large and round, like life-size flowers with psychedelic petals.  All are hats, and all are different, though they do have something in common: they are all made out of paper. More than 2,000 elementary school students from across the city united in awareness of America Recycles Day on November 15th, each adorned with a whimsical paper hat of his or her own making, in hopes of breaking a world record for Texarkana, USA.

An old proverb says “Anything worth doing is worth doing well.” And so it was when Brandy Chewing decided to take on the task of participating in America Recycles Day. Brandy, who is the Recycling and Refuse Coordinator for Texarkana, Ark., wanted to do something memorable to commemorate the day. While trying to come up with ideas for an event, she was reminded of a suggestion made weeks earlier by a teacher at College Hill Elementary – to break the Guinness World Record for the most people in one place wearing paper hats.

Brandy worked closely with members of the College Hill Elementary staff, her own team at the Texarkana, Ark., Department of Public Works, and Keep Texarkana Beautiful committees from both sides of the state line to take on the world record challenge.  Brandy knew she had her work cut out for her but was optimistic.

“Someone in the world did it. Why can’t we?” she told herself.

Faced with no budget and a looming deadline, Brandy and her team were able to acquire donations from the Four States Fairgrounds, Caraustar and American Signs and Banners to cover facilities, security, transportation and even freebies for the students in attendance.  Arkansas High School provided student volunteers to meet the Guinness requirement for a single counter per 50 participants.

The hurdles did not end there. To have a shot at breaking the record, Guinness required stacks of paperwork and visual evidence that Texarkana did indeed succeed. Brandy provided paperwork, videos, letters from official witnesses and photographs, all in hopes of proving beyond a shadow of a doubt that the title should go to Texarkana.

The students had their work cut out for them, as well, working for weeks during school to create their own unique paper hats to wear at the event. The instructions were simple: use any type of paper, paint, markers, glue, staples, etc., with no duct tape (which can clog up the recycling machinery). The results were impressive: sky-high top hats made out of construction paper, classic-looking sailor hats folded out of old newspaper, wild wigs made from strips of magazines, and old-fashioned bonnets shaped from colorful paper scraps.

The students came together at the Four States Fairgrounds arena to celebrate their hats and America Recycles Day as one group. Representatives from both cities gave proclamations, a group of students from College Hill Elementary sang and danced in the name of recycling, and at the end of it all, each student ceremoniously marched past the recycling bin and deposited his or her hat (optional, of course).

Guinness won’t release the official results until sometime in January, but Brandy is optimistic that Texarkana will indeed go down in the record books as the new paper hat record holder.

The previous record of 1,155 participants was set by a company in the United Arab Emirates in February, 2013, according to the Guinness World Records Web site. The preliminary numbers for Texarkana’s event put the city way ahead, with close to 2,500 hat-wearing individuals under one roof.

But even with the excitement of a possible world record, the local elementary school students and teachers who participated seem most excited about the opportunity to create a masterpiece.  Arianna, a 9-year-old student at Wake Village Elementary School, spent 3 hours making her giant paper top hat, which featured a grassy brim, trees, the solar system, and a scrap-paper bird’s nest on top.

At Pleasant Grove Elementary, Charlotte Hueter incorporated math, literacy and engineering lessons into her students’ paper hat creations. Her third graders, for instance, folded their paper hats according to a series of coordinates and angles.

For Brandy, the biggest hope was that students would take away something more steadfast than a record that may be broken again some day.“  I hope the kids took the message of recycling home,” Brandy said.  “I hope to see recycling talked about over dinner, to spread the message that recycling is available in Texarkana, USA.  The more we can do to spread the message, the more the program and the environment will benefit.”

And while several area schools participated in the event, including TISD, PGISD, LEISD, TASD, and St. James, Brandy points out that the record, if broken, will be awarded to Texarkana, USA, with no state line in the middle.

“You might be from Texas High, or Pleasant Grove, or St. James.  You might wear different colors, but we all have one goal.” 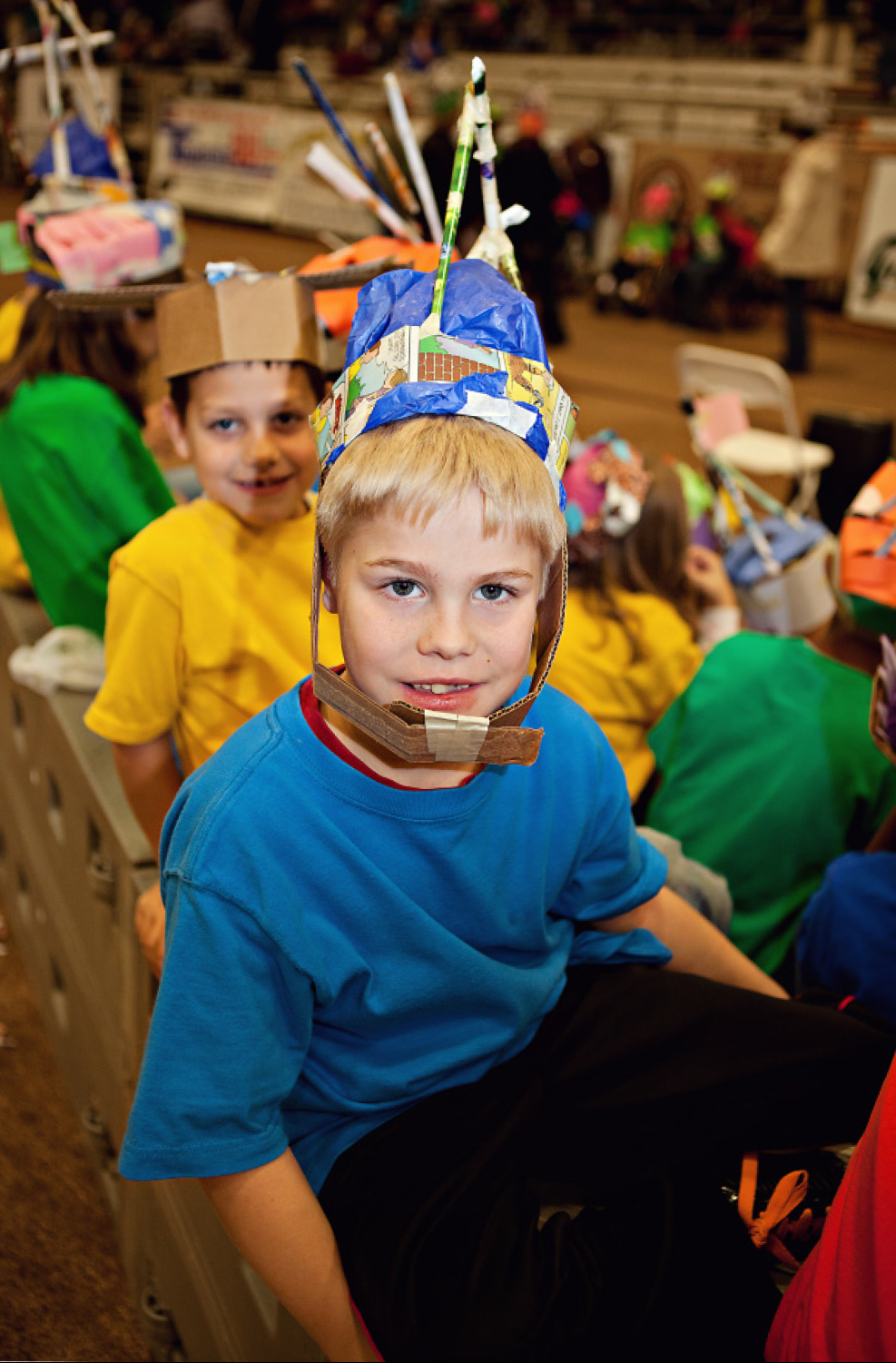 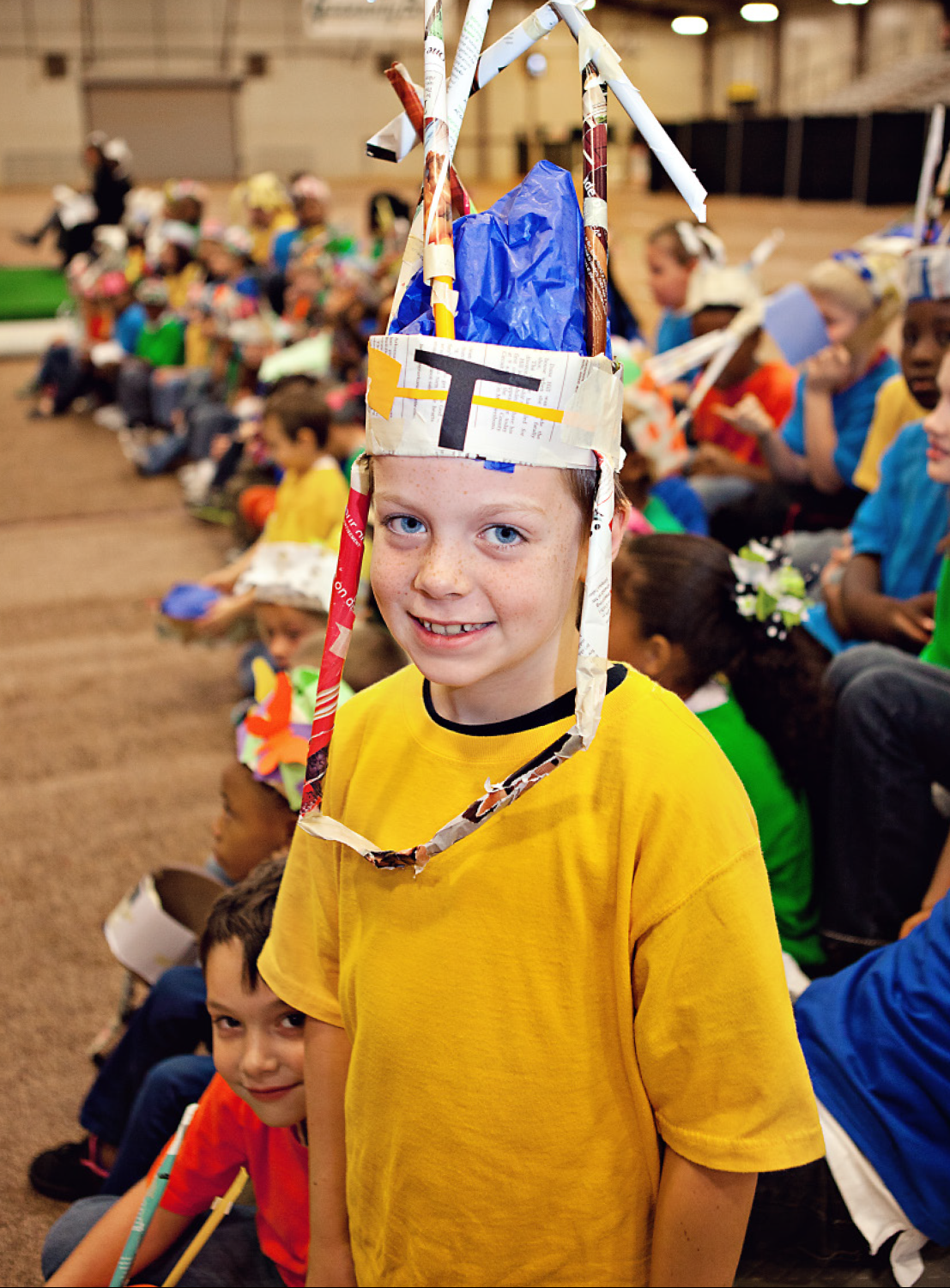 The Best Form of Play is… being in a play!