I can honestly say that abortion certainly crossed my mind and although it is not the Christ-like thing to do, because of my fear for the unknown, I was thinking about taking the life of the one that holds me together when everything else just simply falls apart. 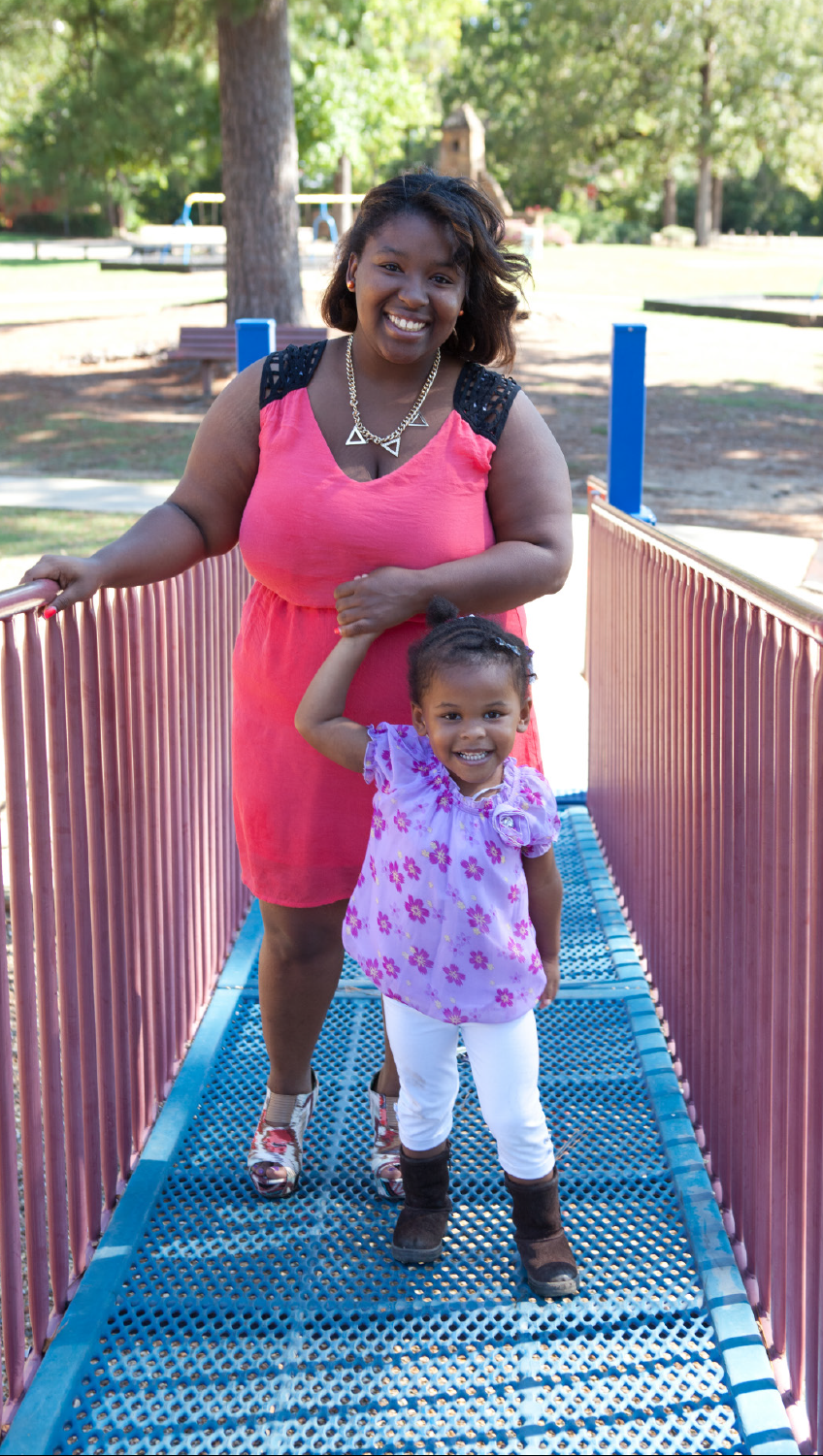 My name is Keshia Baker and my current position in life stands at me being a single mother of one, a college undergraduate in Criminal Justice, planning to have my Bachelor’s in Science in May of 2014. I am 22 years of age and my daughter Key’Asia is 3, but lets start from the beginning, shall we.

Fresh out of high school I began to enjoy my summer as a high school graduate, because lets face it this was the beginning of the rest of my life. I began to prep for college because I had gotten accepted into the University of Arkansas at Little Rock with great scholarship offers. All of that went into a tail spin when one day while at work I started feeling off, not myself. I knew I had missed my cycle, but naïve as I was, I made myself believe that my monthly period was just late.

After continuously feeling this way I decided to ask a coworker to purchase a couple of pregnancy tests that I could then take on my break. When I was given my break I immediately went to the restroom to begin taking the test. The first test read positive, but I thought maybe I had done something wrong, so I began taking the second test. This time I was careful to follow the directions as closely as possible, and it, as well, read pregnant.

At this point I was terrified and devastated. I still had one last test and I took that test home with me just for justification that this was happening. Although I was still in denial and I was sure that there had to be some mistake, I made an appointment at First Choice Pregnancy Center – a resource I heard about for crisis pregnancies.  I mean, I couldn’t be pregnant right? I was far from fit to take care of a baby plus there was the disappointment that I assumed my mom would have and not being able to go off to college to get a degree to improve myself. I felt stomped.

Finally, I had made it home after a long and exhausting day. I took the last test and it was positive. By this time I was almost convinced, but not totally, so I called First Choice Pregnancy Center and made an appointment. I knew nothing of this place and how they would treat me, but because my cousin Faith Green worked there for a couple of years I knew it was the right route to take. I knew that my cousin was a very respected and loved person, and if the staff was anything like her I knew that I would be in great hands.

The day finally came for me to go to the center to find out if my pregnancy was real and what I would have to do and where I will have to go from there, as well as, what my destiny would be for the next course of my life.

I took a deep breath and walked into the center scared for what I was about to find out. I walked in and was asked what I was there for. I gave the information and was instructed promptly. Everyone was nice and seemed to have it together because let’s face it, I know I didn’t. I was an emotional wreck. I was taken into a waiting room and asked if I would like spiritual counseling. I agreed to have it (I needed it). I was given a pregnancy test and then told to wait on the results. I was then told to read what I saw on the test and it was two little pink lines that indicated that I was pregnant.

I was reluctant to know what to do next and I have to admit I was in shock, but it was as if God sent one of his angels to pray with me. One of the staff prayed with me and for me and assured me everything would be fine. I was given an appointment date to come back for my ultrasound, and I knew I had to let my mom know what was going on with me. I told her and she comforted me, and let me know that everything would be okay and that she would support me the entire way as long as I stayed in school and continued my education. We came to the next appointment together, and for the first time I heard the heartbeat of a miracle inside me. When I saw the love of my life growing inside of me so diligently, I cried.

Today I am proud to say that if my path had not led me to the First Choice Pregnancy Center, who is to say what I may have turned to. I can honestly say that abortion certainly crossed my mind and although it is not the Christ-like thing to do, because of my fear for the unknown, I was thinking about taking the life of the one that holds me together when everything else just simply falls apart.  I can honestly say that I would not be the person I am today without my daughter; everything I do, I do for her.  So, if someone asks me what to do in a crisis pregnancy the most rewarding advice I can give her is the source that helped me when I was at a loss: The First Choice Pregnancy Center. I believe this is where God holds his angels and God never steers you in the wrong direction.

Parenting the Extraordinary: Always Look for the Helpers